I’m not sure if you recall, but rhubarb has been the bane of my culinary existence for the past three or four years. Not because I dislike the thing, but because I’d never been able to find it. Between Whole Foods and farmer’s markets, you’d think I’d catch a glimpse of it at some point, but no. It was like the vegetable that always eluded me; either snatched up by other shoppers before I could make my trek downtown, or actually just invisible. 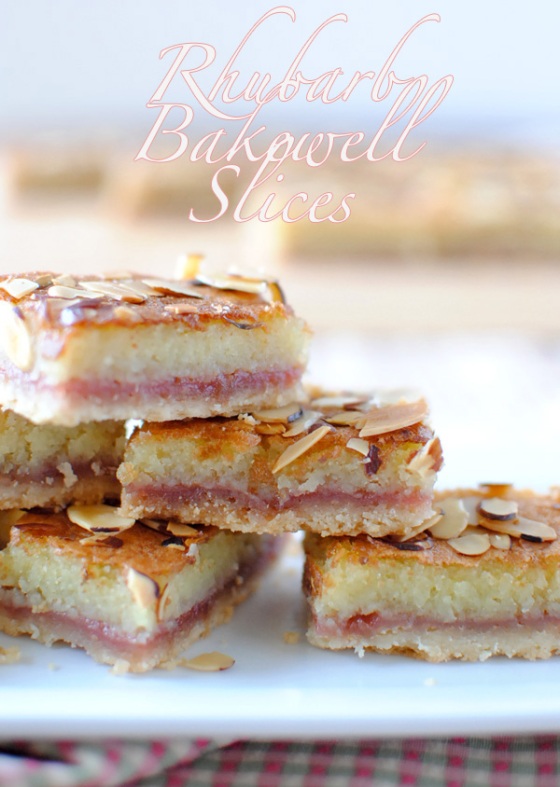 By early May, I was starting to think it didn’t actually exist and that the entire rhubarb market was a fabrication designed specifically to make me think I was insane.

And then, while I was home for Mother’s Day weekend, I made a short stop at the Martin’s by my parents’ house to pick up ingredients for brunch where, lo and behold, there in the produce section stood a very tiny basket wit a very meager collection of lonely-looking rhubarb stalks.

Okay, to be quite honest, at first I thought it was celery that had gone very off. But once I realized it was the real deal, I’m pretty sure a very creepy grin came across my face, because I distinctly remember other shoppers slowly backing away from the basket in something akin to trepidation. I grabbed as many as I could shove in my cart and marched triumphantly off to the register (where I proceeded to have a 5-minute conversation with the checkout woman, trying to convince her that it wasn’t actually celery and explaining to her what the hell one does with rhubarb anyway; I’m not so sure I was much help to her).

In any case, I tossed my lovely rhubarb in a bag, brought them over to the apartment, and turned them into jam.

Rhubarb is an interesting vegetable, one that is to be handled exactly as celery and is equally as versatile. It’s primarily used in fruit desserts – pies and crostatas, mostly, particularly when paired with strawberry – but makes for a good compote or jam atop yogurt or rice pudding. I went with jam, since I’m not quite up to the challenge of eating an entire pie on my own.

The jam was prepared earlier in the week and had been keeping in the fridge until this weekend for a recipe picked out around the same time as my little jamming session: Bakewell slices.

I’ve made Bakewell tart in the past, though with cherry preserves, and it’s one of my favorite desserts of all time with it’s buttery shortcrust, not-too-sweet frangipane, and fruit ribbon. Not only lovely to look at, but delicious to boot.

Today, with bright, tangy jam in hand, I decided to revisit the dessert in bar form. I figured, the tartness of the rhubarb would offset some of the sweetness of the frangipane, and the color would be perfectly warm and springy.

A pleasant way to spend a Saturday afternoon, in any case. 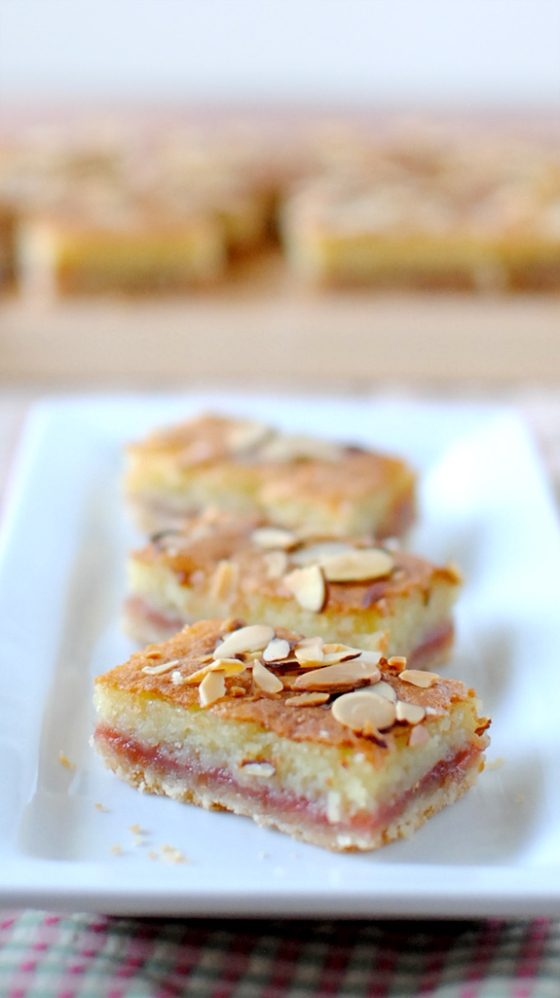 Ingredients for the crust:

Ingredients for the frangipane:

To prepare the crust, pulse flour, confectioner’s sugar, and salt in a food processor to combine. Add cold butter and pulse until dough has the consistency of bread crumbs and holds when pressed together. Press dough evenly on the bottom of the pan. Bake for 18-20 mins, until top is golden brown.

Spread the jam over the warm, baked crust evenly. Carefully pour the frangipane over the jam and smooth the top with a spatula. Bake (still at 350F) for 20 mins, remove pan and sprinkle slivered almonds on top, and return pan to the oven for an additional 15-20 mins, until a toothpick inserted in the center comes out clean.

Allow bars to cool in the pan over a wire rack for at least 45 mins before slicing. Bakewell slices are best served warm or at room temperature alongside tea or milk, and will keep covered in an airtight container for up to 5 days. 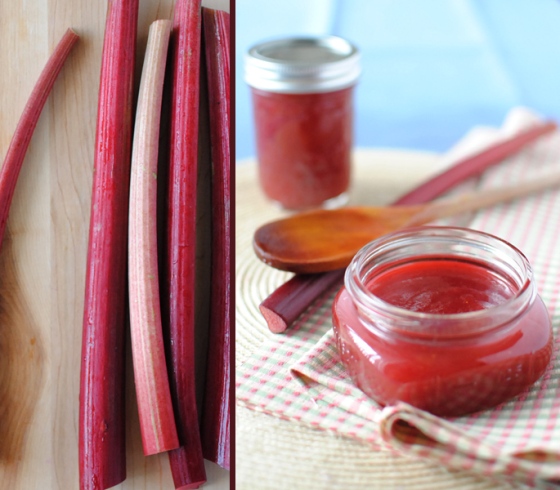 Unsurprisingly, I adored these. Wonderfully buttery and crumbly with a hint of fruit, and just so pretty to look at. [It is startlingly easy to win me over with something remotely aesthetically pleasing.]

Still, these made far more than I’m willing to eat on my own, so a majority of them will be taken over to Zach’s in the evening. He, Michael, and Jeremy keep graciously inviting me over for dinner, and after about the third delicious meal that I in no way had to pay for whatsoever, I decided it was high-time I repay the favor in some small way.

My cooking doesn’t exactly match up to homemade 0.5lb burgers (which I’m still digesting 20 hours after the fact), but I figured  some dessert was in order. 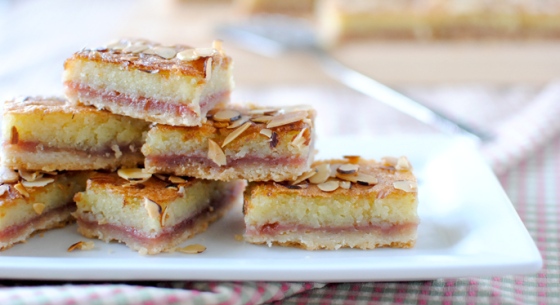 Plus, it’s hard to go wrong when you make something so suitably English to go along with tea time. I anticipate an afternoon of Neil Gaiman, coconut oolong, and Bakewell slices until I head out.

[What all of this tells me is that I just really need to get my arse over to the UK.]

“Strange how a teapot can represent at the same time the comforts of solitude and the pleasures of company.”
-author unknown