…Okay, so it’s not exactly the well-loved pie, but I find it pretty incongruous to bake an apple pie outside of autumn, with red deliciouses and galas straight off the trees. Maybe it’s because the nearby orchards have spoiled me for good, but it just doesn’t feel quite right.

Still, looking at the gorgeously patriotic little freedom cookies I had whipped up for last night’s Independence Day feast, I wanted something else a bit, ahem, classier to showcase for dessert.

(And maybe an excuse to eat tons of vanilla ice cream, but who’s keeping tabs anyway.)

I’ve not done a tart in a long while, but love the look of them, with their artfully arranged fruit in layers, powdered sugar gently dusting the golden tops.

Plus, I wanted to put my new rectangular tart pan to good use. 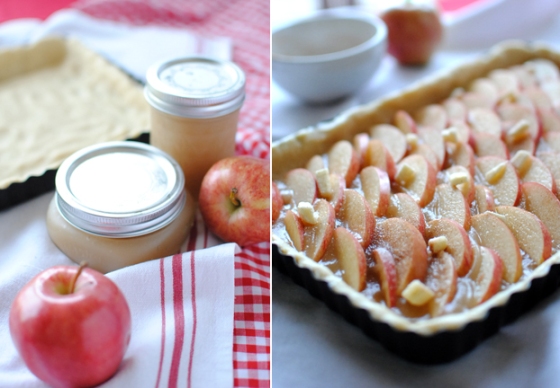 Ingredients for the crust:

Ingredients for the apple compote:

Ingredients for the apple topping:

Method to prepare the crust:

Lightly grease and flour a tart pan (circular or rectangular works). Beat butter, sugar, and almond meal until creamy. Lower speed and add salt and flour. Add egg yolk and mix until dough comes together. If necessary, slowly add a bit of cold water while dough is mixing. Once dough has combined, press it onto the base and sides of the tart pan. Cover pan in cling film and refrigerate at least one hour.

Method to prepare the compote:

Peel, core, and roughly chop the apples. In a medium saucepan over medium-high flame, combine chopped apples, sugar, vanilla, and water. Stir until the mixture comes to the boil, then reduce heat and simmer, covered, for one hour. Check every 20 or so minutes and add more water if necessary.

Once apples are cooked and mushy, blend them with an immersion mixer or carefully pulse a few times in the blender. Pour compote in a glass jar and cool.

Note: compote can be prepared up to two days in advance if kept in the fridge.

Preheat oven to 350F. Pour the compote onto the chilled tart dough and smooth. Core the apples and slice them relatively thinly. Arrange the apples over the compote prettily, however strikes your fancy. Sprinkle the butter over the apples, followed by the sugar.

Bake for 35-40 mins, until the tops of the apples and the crust are golden brown. Allow tart to cool at least 30 mins before slicing (otherwise crust will fall apart). Serve with sweetened cream or vanilla ice cream. 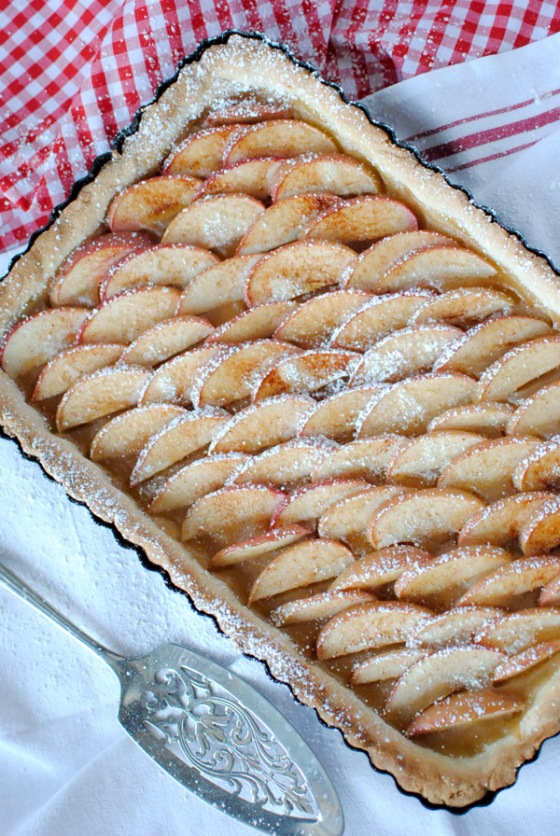 By the time we hit dessert, I’m pretty sure the majority of us were reaching catatonic levels from all of the food consumed. But, being the dedicated foodies that we are, we managed to make room for apple tart and vanilla ice cream.

I don’t remember much afterward, except alternating between resting my head on the table and just melting into a puddle on the floor from my inability to move, but I do remember that the tart was delicious. Not quite as patriotic as the star-spangled banner bites, but just as welcome and equally as responsible for the food coma.

In other words, a complete success. 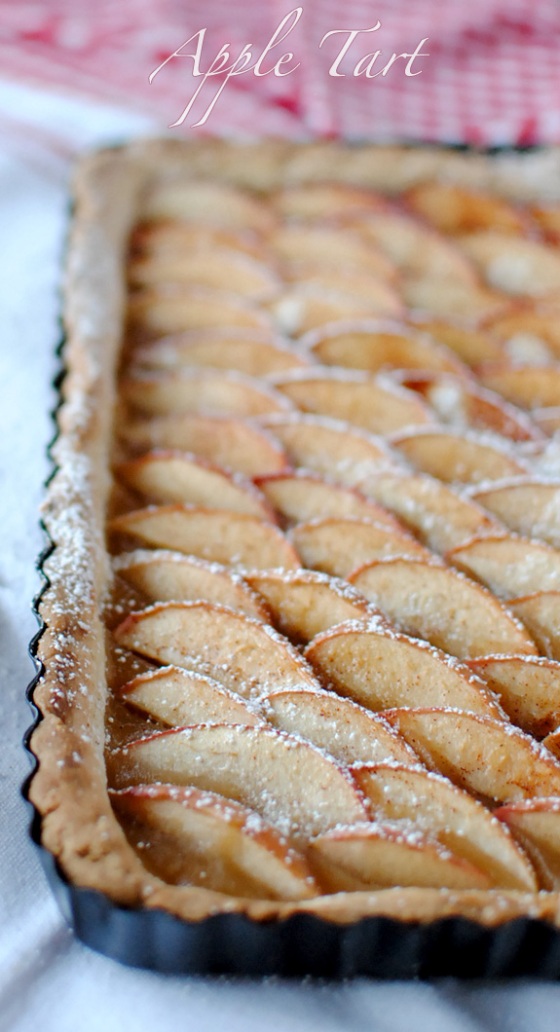