I hate the term “self-discovery.” I feel as though it’s been co-opted by recent-grads and television writers in the hopes of adding depth to what they dub the ‘defining characteristic of the millennial generation.’ The me, me, me generation; the generation blaming their parents for frustrations with social, environmental, and political issues, unemployment; the generation using ‘self-discovery’ as justification for traveling, for exploring, for internships, for idleness. Ten minutes’ worth of Girls, a few pages clicking through Thought Catalog, an existential journey à la Eat, Pray, Love.

Some similar bullshit along those lines.

A phase that seems to inflict only liberal-minded 20-somethings, worn with pride by some but thrown in scorn by most. I just think it’s all bullshit. Saying that 20-somethings are going through a period of “self-discovery” implies that there’s some sort of revelation to look forward to, some sort of discovery to be had.

What discovery? The acceptance that the first 29 years of my life were spent in a haze of immaturity and no direction? Like I’m going to wake up the day I turn 30 with a terribly jaded, concrete notion of who I am?

Really, I’m not quite sure when this “discovery” is supposed to happen. I’m also not quite sure why it exists solely in this Twilight-zone-esque decade of one’s life. As if I’m only allowed to change and travel and grow for the next 9 years. As if I’m going to one day stop doing any of those things. 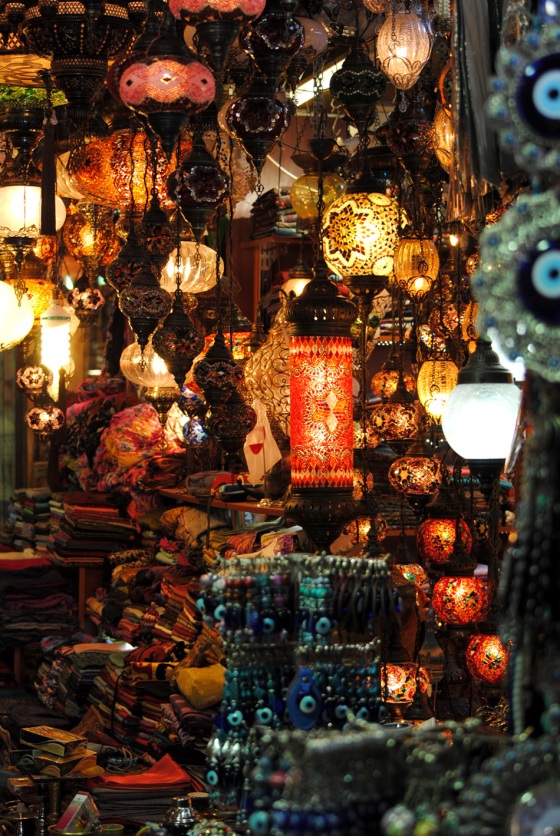 I’ve just begun my sixth week in Turkey, and spent my last free weekend walking along the Bosphorus, eyes fixed on the silhouettes of İstanbul’s spires in the distance. It seemed fitting, really, considering my first free weekend was spent there as well. Adorably full-circle. Not that I planned it out in advance, or anything; it just happened to be so.

I rode the ferryboat in with Çisil on Friday evening, drinking çay and catching up with Can Baba and Asuma Anne in their apartment in Ataşehir, before passing out soon after. It had first been a long week of new Turkish that I had been (and continue to be) incapable of grasping. It had then been a long evening of sputtering illiterate responses to Can Baba and Asuma Anne’s questions in what must have been nothing but a stunning display of intellectual degeneration. Mental exhaustion took its toll, and I slept for about 8 hours.

I had decided earlier in the week that I wanted my second trip to İstanbul to be the opposite of my first: no tourists, no 30 TL tickets to see centuries’ old buildings full of screeching infants, no ice cream vendors dressed as Janissaries hoping to con me into purchasing overpriced dondurma. As such, Çisil and I decided to take the day in stride, waking up shamefully late, eating breakfast with Asuma Anne well after breakfast time, hopping on the bus to the center of the city by mid-afternoon.

We walked along the Asian shore of the Bosphorus for a short while, taking in the sights and marveling at the sun reflecting off the surface of the sea, as though sprinkled with diamonds for miles across. We stopped at a cafe along the water, sharing lemon sodas over a game of tavla, listening to the waves hit the rocks at our feet as the wooden pieces clacked against the board.

From there, we hopped on a tiny boat to Kız Kulesi (Maiden’s Tower), a small islet sitting quietly in the middle of the strait. We climbed the spiral steps to the top of the tower once there, stunned into silence when we were met with a panoramic view of İstanbul on all sides.

I’m not sure how long we stayed at the top of the tower, just peering over the railing at the teals and turquoises of the sea below, of the rust-red rooftops of İstanbuli homes stretching across the horizon. We were in no rush.

(On a distinctly less poetic note, there was an elderly gentlemen dressed in costume at the top of the tower as well, speaking Turkish in a gravelly voice that was, to me, absolutely incomprehensible. All I knew was that he was not the least bit shy about personal space, smelled salty and fishy and a tad like formaldehyde, and would take any and every opportunity to grab my face and kiss me on the cheek. He at least gave me a stick of lemon-scented pulled sugar for all the trauma, and it was, in all honesty, rather delicious.)

From the islet, we hitched a ride on a different boat to the European side. We’d already checked the major buildings off of our list, but had been unable to see either of the bazaars the first time around. As such, they were top priority for my weekend.

The first stop was the Mısır Çarşısı, İstanbul’s famous spice bazaar. I’d made sure to stop by the ATM in Bursa before visiting İstanbul, and was well-prepared to drop TL like monopoly money at every vendor. Luckily, the first I visited was impressed enough with my total lack of Turkish to give me a rather excellent discount on all of his items, so I managed to pick up about seven spice grinders within 5 minutes of entering the bazaar. The rest of my time there was devoted to staring, wide-eyed and mystified, at woven baskets piled high with saffron and turmeric, at piles of lokum and Turkish candies (and eating a few when offered by enthusiastic vendors), at dried roses and pomegranate lining boxes of loose teas and permeating the musky air with heady earthiness.

I could have spent hours there, weaving through baskets of golds and reds.

We ended up staying at the spice market for about thirty minutes, before one of Çisil’s friends — one of the two we smoked with on our last trip — met us in Eminönü to walk us to the Grand Bazaar. I stowed my teas and spices in my bag with a great sense of accomplishment and a promise to come back.

The Grand Bazaar, or Kapalıçarşı, was a bit underwhelming, though stunning in scope. I wasn’t quite as mesmerized with the offerings as I was during my venture through the Mısır Çarşısı, though primarily because Turkish bazaars typically sell the same 5 items with great aggression.

(I was, however, proposed to on three separate occasions while inside, so there was certainly excitement of a different sort.)

After, we found ourselves nestled in a lovely part of the city, quite close to the Blue Mosque, walking along narrow cobblestone paths lined with cafes and bakeries preparing for iftaar. We stopped briefly for lahmacun — crisp-thin dough topped with ground meet and spices, wrapped around fresh squeezed lemon juice and cold vegetables — and I now deeply regret having gone 6 weeks without once indulging in it, a) because it is, quite possibly, a perfect food, and b) because it costs about $1.50 USD everywhere.

(I ate some for lunch today along with Ayran, for a grand total of 5 lira. And plan to do so again tomorrow. And Wednesday.)

Dinner and a stroll down the famous Bağdat Caddesi with Baba and Anne followed, before midnight Turkish coffee at Gizem’s cafe. We shared laughs then, but there was a bittersweetness to the entire ordeal, because I knew it would be my last time seeing them for the summer. As I finished my coffee, Can Baba took my cup and held it out in front of him, making to read my fortune in the grounds left behind.

Peering into the pitch-black cup, he put his hand on his chin and spoke with conviction and the solemn tone of a man wise beyond his years, “it will be sad now, but you will be back before you know it, and we will be waiting.” His crows feet crinkled under the lamplight as he handed the cup back to me, and I felt myself smile widely despite the deep ache in my heart.

An echo of our first phone conversation, days before we met at the Ferryboat cafe in Kabataş four weeks ago. 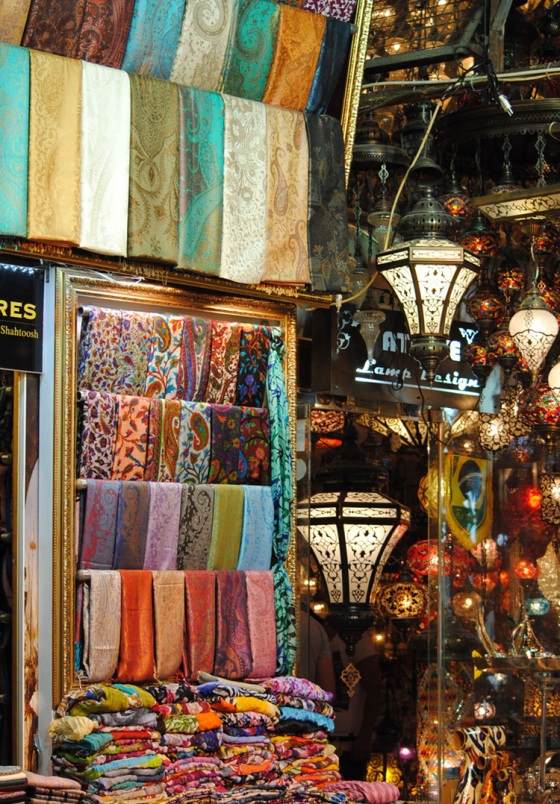 After saying goodbye to Gizem, Can Baba, and Asuma Anne, Çisil and I made for the European side again; she would spend the night with her Turkish friends, and I would meet up with some Americans — about 7 total, staying at the apartment of a friend’s friend — also in İstanbul for the weekend. She dropped me off in Şişli, and the rest of my night was spent with card games, ringing laughter, and much-welcome linguistic familiarity.

We woke leisurely the next morning, taking our time to wake fully before setting off for Garipçe, a village in the northernmost district of İstanbul. There, we had one of the greatest breakfasts of our trip — indulging in menemen (the Turkish version of shakshuka, eggs scrambled with onion, tomatoes, green peppers, and an abundance of spices), kaymak (clotted cream) soaked in honey, cheeses of all sorts, cream helva slathered on thick slices of yeasty bread — all the while sitting right along the Black Sea, hues of sapphire blue stretching on for miles before us.

We shared stories of time spent at Koç University, of study abroad programs in Denmark, of anxieties about the future and finding meanings in our summers. Different meanings, but all important.

It hit me, then. We — the seven insignificant Americans prancing about İstanbul along with a million others — range in ages from 18 to 34, from undergraduate students to PhD doctorates to recent-graduates. We come from different places, and have different destinations in mind for the months ahead. We’re all lost, and we’re all terrified, and we’re all searching, but at that moment, we wouldn’t have wanted to be anywhere else.

It was my last big experience of the weekend, being in Garipçe. And it was there that I found myself, not for the first time these past 6 weeks, well and truly humbled.

Perhaps I detest the notion of “self-discovery” because I can’t resign myself to the fact that I’m doing just that. After all, as far as I’m concerned, I’m looking at a decade and a half of unpaid internships and student loans in, what everyone constantly likes to remind me is, the least lucrative field imaginable.

And you know, perhaps I’m a wee bit bitter.

(Perhaps I’m afraid that they were right all along.)

Or, perhaps it all really is just bullshit, because there’s nothing to discover but the realization that you’re not just one person. You’re a mess, a tangled bundle of brilliance and joy and tragedy and the mundane. Of goodness and badness, of complexities and simplicities, of the insignificance of an insect and the entirety of human existence.

And to narrow it down to just one?

2 thoughts on “bosphorus strolls and self-discovery”