This may be the first time in recent memory that I’ve not been with family for Eid. Or at least, in the same country as family. Not that I mind; I gave them a call last night while taking advantage of in-home WIFI access and wished them Eid Mubarak. (I am a good daughter on the odd rare occasion.)

Instead, this is the first time in recent memory that I’ve been in a Muslim country for Eid. Or Bayram, rather. The conclusion of Ramazan, the celebration of togetherness and food and receiving money from older family members. A Muslim child’s Christmas. (And mine, incidentally, since I somehow racked up a decent amount of TL.)

I spent my morning at Merve’s, stuffing my face with traditional Turkish breakfast before visiting the neighbors along with her family, which consisted mostly of me sitting in different living rooms, giggling stupidly to any conversation directed my way (which seems to be the equivalent of fluency, in this country), and being force-fed diabetes-inducing quantities of baklava and kadaif. I’m back at home for the moment, sitting on the couch in PJs, indulging in Türk kahvesi and lokum for the next few hours before accompanying Çisil and Seyhan Anne to family’s homes, anticipating a second trip to the ER later tonight in a hyperglycemic diabetic coma. (I will keep you posted.)

The Eid traditions here are more or less similar to how we celebrate at home, but it is another thing entirely to see all peoples celebrating it together. Different, and rather welcome, the feeling of shared excitement that has been permeating the air for the last few days, smells of dough frying in every corner cafe for Bayram, kids running through the streets at 1am in fits of laughter. Bursa has been more alive now than I’ve ever seen it.

It’s been a memorable experience, one that I’m sure will come to mind when I think back on this trip. Even more so than this morning, though, is another experience that has proven to be one of the best of my seven weeks. No İstanbuli spires, no Ankara marketplaces, not even a friendly chat with an overly friendly waiter.

Just a quiet evening at home, cooking in a too-hot, claustrophobically tiny kitchen, breaking up simmer times with games of tavla and classic rock on the stereo, sitting down for a four-course meal and yeşil çay on the balcony with sınıf 16 and M Bey. 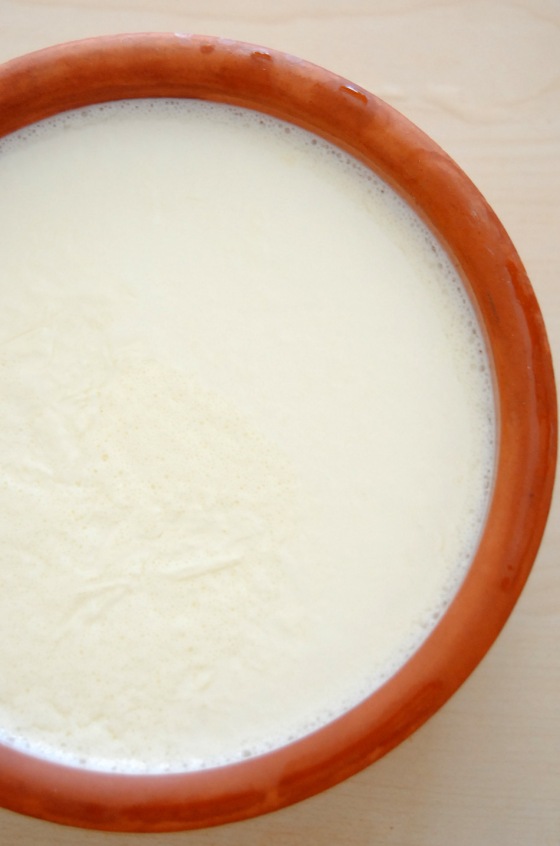 Aside from being one of the best language teachers I’ve ever had, M Bey is, apparently, also an expert yoğurt maker.

Our class had decided a few weeks ago that we wanted to do something special for M Bey, as a small show of thanks for all of his support and help with our staggering illiteracy over the past 7 weeks, taking us to lunches and Aikido classes and becoming more of a close friend than an instructor. Nothing would really be enough, we knew, but dinner seemed like a good first step.

We hopped aboard the metro together after course was over on Tuesday afternoon, taking it a few stops to where he’d parked his car. From there, a short drive to an outdoor market, where we managed to purchase 10 kilos worth of fresh produce for about $17 USD before hopping over to a grocery store to pick up a few kilos of chicken and cream peynir. With garbage bags full of food in hand, we made for his apartment, a humble home made welcoming with photographs of his children lining every table surface.

L and I (another student in my course) had planned a distinctly unTurkish menu the previous day, and spent most of the afternoon in the kitchen, chopping up tomatoes, zucchini and eggplants, removing mint leaves from wiry stalks, squeezing between kitchen chairs and cabinets through the sweltering hot sauna of simmering pots on the stove. S helped out significantly, while N and M Bey counted afternoon hours in tavla matches, S taking over for M Bey in the evening as he fell into a nap against the heat of Bursa summer.

The others joined L and I sporadically, M Bey to whisk up a quick batter for carrot-cinnamon cake to throw into the stove while N stirred together a dijon marinade for the roast chicken. There were knives flying, ears of corn blackening on the balcony grill, and parsley and mint leaves littering the floor as Fleet Foxes hummed a slow tune merrily in the background, a sharp contrast to the chaos taking place all around.

For a while, we were quite sure M Bey deeply regretted his decision to invite us to take over his home, but, you know, he got to nap while we sweated out every ounce of liquid in our bodies to whip up an extravagant meal, so we could only be so sympathetic.

We finally sat down to eat (about 5 hours after our arrival), table set and dishes laid out in a most impressively aesthetic manner, ready to be ruined in a show of ravenous gluttony within seconds. Gazpacho came first: a deliciously spicy, tangy-sweet blend of famous Bursa peaches and summer-ripe tomatoes, stirred with a spoonful of M Bey’s homemade yogurt for depth and a bit of familiarity.

(Which was certainly welcome for him, considering his first nervous bite, after having eyed the dish hesitantly since its time on the stove three hours earlier, was followed by wide eyes and nervous laughter.

We were then, unsurprisingly, battling profound panic about the reception of the remaining courses.)

After a few moments to accept the striking flavors, though, he dug back into the bowl with contentedness  The rest of the meal went on without a hitch — Mallorcan tumbet and grilled corn salad as sides to dijon-roasted chicken with traditional Turkish pilav, and lemon-ginger-mint lemonade alongside — full of conversation and teases about us being his favorite group of students to date (which, undoubtedly, we are).

After putting dirty dishes into the washer, dividing up leftovers for refrigeration, and giving the kitchen a final, thorough sweep, we migrated to the balcony for green tea and the Bursa sunset. We sat in comfortable silence for some time, listening to the breeze and occasional cheerful shouts from children running across the streets below.

“This is the first time I’m sitting out on this balcony,” M Bey admitted to us as we cradled the dredges of tea in the bottom of our ceramic cups. “It is a hassle to clean it for just one person to sit.”

He laughed lightly to himself, and I decided then that we’d have to come back sometime before boarding our plane next weekend, to give it a bit of overdue use.

After tea, we brought out the carrot cake and a makeshift cream peynir glaze L and I had whipped up earlier. Sun had set and darkness was creeping upon us quickly, but we made no move to go inside, reveling in the coolness of Bursa evenings outdoors. M Bey was deeply disappointed in the cake — “I’ve made much better in the past” — and told us then that he would invite us over again next week for Turkish coffee and a more acceptable show of baking prowess.

We were, unsurprisingly, not hard to convince.

We spent our last few hours sitting on the living room couch, flipping through old photo albums telling stories of his childhood in Germany, old black and whites of family, his days in the military, deep in conversation about the ongoing Kurdish conflict, changes in politics over the past few decades, learning more about Turkey than we would have with anyone else. We lost track of time in cups of tea and M Bey’s tales, realizing how late we’d stayed only when the clock neared midnight. He graciously offered to drive us home after, and the only thing on our minds as we were in the car was excitement for a repeat next week.

The recipe I’ve included below is for the “farklı” tomato peach gazpacho, a recipe that seems to embody the diversity of experiences and people I’ve met since I’ve been here. Deliciously complex and rather remarkable, it was a favorite of ours for the night, and a dish that I plan to recreate with great fondness once I’m back in the States in remembrance of a truly lovely evening. Other recipes to follow in a later post, but for now, I’m content with Bursa peaches and summer tomatoes.

The afternoon will be spent looking forward to a night of too much food (a constant theme in this country) before a trip to Çanakkale tomorrow to round out my last full weekend in Turkey. Bayramınız kutlu olsun, and a very warm Eid Mubarak to all of you, dear readers. Will write again soon. xoxo

If desired, roast tomatoes before using: preheat oven to 400F. Place chopped tomatoes in a heatproof baking dish along with the garlic and a tablespoon or two of chopped thyme. Drizzle with a generous amount of olive oil, and sprinkle with salt and a bit of cracked black pepper. Bake for 30-40 minutes, until tomatoes have started to shrivel and are browned at the edges. Turn on the oven to a broil and bake an additional 3-5 minutes.

Heat oil in a large stockpot over medium flame. Sweat the garlic and shallots until translucent, about 3 minutes. Add in tomatoes, peaches, thyme, and about a teaspoon of salt. Simmer over medium flame until the tomatoes and peaches begin to break down, mashing them with the back of a wooden spoon as they soften, about 15-20 mins.

Once gazpacho is beginning to look soupy, remove the thyme and blend the soup with an immersion blender (or full blender, working in several batches). If desired, run soup through a mesh strainer. Return pureed soup to the pot. Stir in heavy cream, pepper, and additional salt if necessary. Simmer soup on low for an additional 5-7 minutes to allow flavors to blend.

Cool gazpacho to room temperature, then transfer to the fridge to chill. Serve with a few fresh serves sprinkled on top, or alongside a small dish of plain yogurt.